Hazen Street (also known as Hazen St.) is a supergroup from New York City that formed in early 2004. This band was named after a famous street which is a two-way street in Queens. The Street leads to the „Rikers Island Bridge“ and to the „Rikers Island Prison Facility“. Their unique sound is an awesome mixture between hard-hitting contemporary hardcore, punk rock, rap, and pop. Their self-titled debut album is a very popular and classic NY album which was never released before on Vinyl. This release is strictly limited… so be fast with your order! 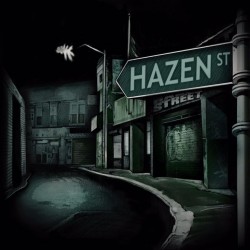